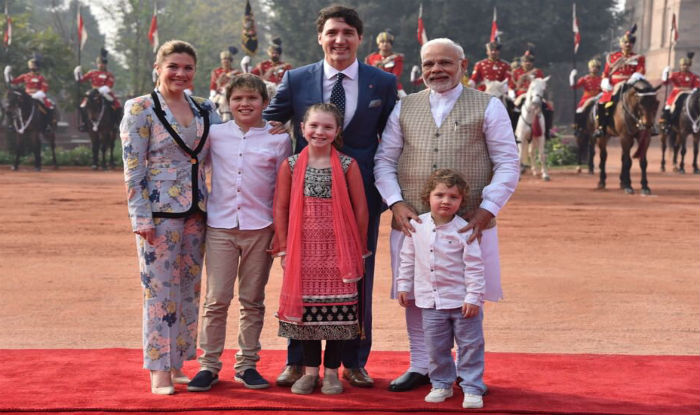 The meeting came towards the end of Mr Trudeau’s first official visit to India, which has been far from smooth.

Canada caused upset earlier in the week by inviting an alleged Sikh extremist to an official dinner; an invite it later rescinded.

However, the Canadian PM has thrown himself into the visit, including by performing an impromptu Bhangra dance.

Both countries have denied speculation that the Canadian PM has received a lukewarm reception in India.

Mr Modi has, on many occasions, personally received visiting government leaders at the airport. But he welcomed Mr Trudeau on Twitter, a day before the two were scheduled to meet.

Mr Trudeau’s trip has been marred by criticism that his government is soft on Sikh extremists.

He said the Delhi dinner invite sent to Jaspal Atwal, who was convicted and later acquitted of trying to assassinate an Indian minister in 1986, was a mistake.

The dinner, which was hosted at the Canadian High Commission on Thursday night, then drew attention for another reason – Mr Trudeau arrived doing Bhangra, a popular Indian dance that he is known to like.

Thinklab – Building a startup team to fix science and government

StreetScore scores a street view based on how safe it looks...

50 Tips and Insights About Productivity, Happiness, and Life

How to drive growth through customer support

The 10 Runway Trends You’ll Be Wearing This Year

ABOUT US
Canada Tabloid is a quarterly run magazine which is being published in April, July, October, and Dec.
Contact us: info@canadatabloid.ca
FOLLOW US
© Canada Tabloid Media Inc.