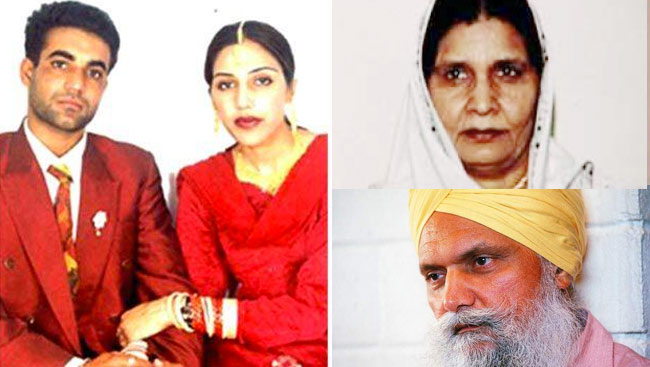 The team is on way to India. The accused, Malkiat Kaur and Surjit Singh Badesha, mother and maternal uncle of Jassi, are likely to be produced before a Sangrur judge on Thursday.

Jassi and her husband Sukhwinder Singh Mithu of Kaunke Khosa in Jagraon were attacked on June 8, 2000 near Malerkotla by contract killers allegedly hired by Jassi’s mother and uncle. Jassi died while Mithu survived.

Jassi, a Canadian-born Indian girl who lived in Maple Ridge, British Columbia, Canada, fell in love with Mithu of Kaunke Khosa when she was visiting her maternal uncle Surjit Badesha along with her mother Malkiat Kaur.

Jassi’s parents didn’t approve of their relationship but Jassi insisted and got married with Mithu in March 2000 against the wishes of her family.

The couple stayed at various places till June 8 of the same year when 14 contract killers allegedly hired by Jassi’s mother and uncle waylaid them near Malerkotla. Mithu was left for dead while Jassi was kidnapped and made to talk to her mother.

As per the statements of the contract killers, Jassi’s mother asked her to return to Canada and remarry. As Jassi refused, she was murdered.

7 unique egg decorating ideas for you to try this Easter

Why you should choose Microsoft over Linux

Building an API in 60 seconds, without any server setup

ABOUT US
Canada Tabloid is a quarterly run magazine which is being published in April, July, October, and Dec.
Contact us: info@canadatabloid.ca
FOLLOW US
© Canada Tabloid Media Inc.