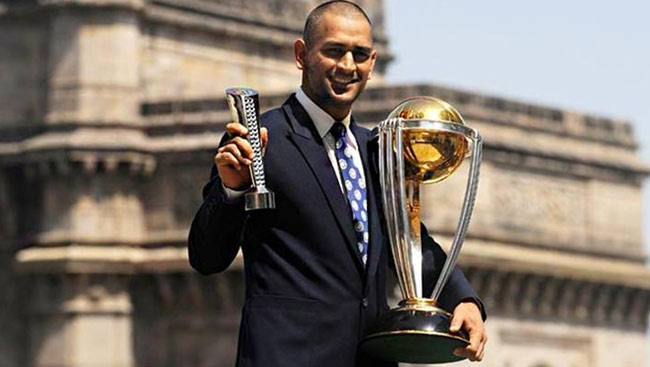 There was a time when ageing warhorse Mahendra Singh Dhoni would be popped a question at every media conference on whether he was contemplating retirement. A year-and-a-half down the line, those queries have been swept aside by Captain Cool himself thanks to his display with the bat.

Back then, Dhoni initially took the posers in his stride, but as they started coming at him with unfailing regularity, he decided to go on a counter-attack.

After a couple of Indian scribes were virtually ragged by the wicket-keeper batsman, there came the turn of Australian journalist Sam Ferris in April 2016.

When Ferris wanted to know whether he was contemplating retirement from white-ball cricket, Dhoni, who hung up his boots from Test cricket on Boxing Day 2014, asked the reporter to come up and take the vacant seat next to him on stage.

The country’s most successful captain then asked the Aussie scribe if he thought he was unfit and whether he could play the 2019 World Cup in England.

“Then you have answered the question,” Dhoni said.

But this year, when questions were being raised about whether Dhoni should continue in the limited overs format, the former captain turned it around, by wielding his willlow in style.

Dhoni this year averages 89.57 in One-Day Internationals (ODIs) — with an aggregate of 627 in 14 innings, including a century and five fifties.

He is no more the finisher that he once used to be. But at 36, he has taken up the role of the anchor. For the young ones now in India’s middle order, he is an on-field mentor as well.

Hardik Pandya blossomed with MSD in tow at the other end with India tottering at 87/5 in the first ODI of the ongoing series.

Pacer Bhuvneshwar Kumar hit 53 off 80 balls in the seasoned campaigner’s company in Sri Lanka in the second ODI. The partnership came after the team was reduced to 131/7 while chasing 231.

In both the partnerships, Dhoni showed the maturity that India needed at that point. Against the Aussies, he let big-hitting Pandya do the talking with the bat.

The former Indian captain changed gears only after inexperience at the highest level got the better of the 23-year-old.

After Akila Dhananjaya shaved off India’s batting with a terrific spell of spin bowling, Dhoni joined hands with Bhuvneshwar, letting the latter free his arms while he rotated the strike brilliantly and made sure he was there till the end.

“Dhoni can continue till the 2023 World Cup,” was how former Australia skipper Michael Clarke put it, tongue firmly in cheek.

What happens when your carryon is over the limit

StreetScore scores a street view based on how safe it looks...